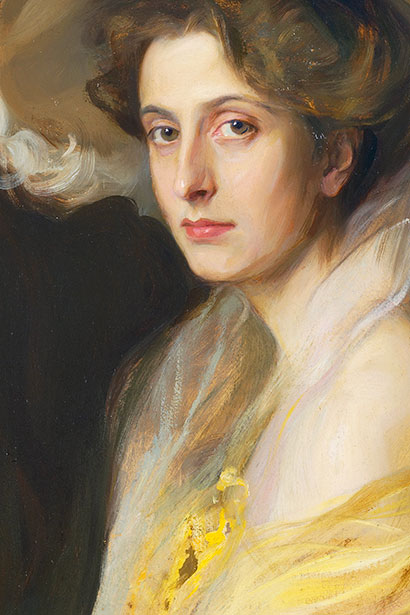 Queen Louise, formerly Lady Louise Mountbatten, was born as Princess Louise Alexandra Marie Irene of Battenberg in Germany in 1889, but grew up in England.

During the First World War, she volunteered with the Red Cross and served as a nurse from March 1915 to July 1917. Queen Louise took an active interest in nurses' working conditions. During the Winter War, she opened a children's home for Finish war orphans at Ulriksdal Palace. She also participated actively at Sophiahemmet's meetings.

Louise has been described as a staunch democrat and a practical person who disliked the attention she received as queen.