Ulriksdal in Solna was built in about 1640 for one of the most powerful men in the country, the Constable of the Realm Jacob De la Gardie, and it was originally called Jacobsdal, "Jacob's Dale", after him.

Originally the building was in the Renaissance style, but its exterior has been transformed several times, and the present appearance of the building dates from the first half of the 18th century.

Starting point for a magnificent coronation

De la Gardie's Jacobsdal was the starting point for Queen Christina's magnificent coronation procession in 1650. The coronation coach used by her on that occasion is now on display at Ulriksdal.

In 1669 the Queen Dowager Hedvig Eleonora purchased the Palace. She made a present of it in 1684 to her newborn grandson, Prince Ulrik, and the Palace was then renamed Ulriksdal.

The little prince died only a year later. His grandmother resumed the Palace, but it kept its new name.

In the mid-18th century, when King Adolf Fredrik and Queen Lovisa Ulrika used the Palace, a court theatre was fitted out in the old riding school.

Today the Confidence, as it came to be called, is a popular theatre during the summer season.

In 1821 the old Palace building was turned into an invalid hospital. Twenty-five years later, Ulriksdal became a royal residence again, when Crown Prince Karl (XV) and Crown Princess Lovisa repaired it and had many of the interiors redecorated.

They were keen collectors of furniture and decorative arts from the Renaissance, among other periods, and Ulriksdal eventually became a museum home.

Some of the museum furnishings are still to be seen in the Palace today. In 1864-65 Karl and Lovisa also had a chapel built, to designs by the architect F. W. Scholander.

Ulriksdal is closely associated with King Gustaf VI Adolf and Queen Louise. The famous 1923 living room dates from their time.

The furnishings were a wedding present from the people of Stockholm, and Carl Malmsten designed the furniture. This living room is one of the finest 20th century interiors in Sweden.

The south wing of the Palace houses the offices of the World Wide Fund for Nature, WWF.

For some years now, the Orangery, a late 17th century building, has been a museum of Swedish sculpture. 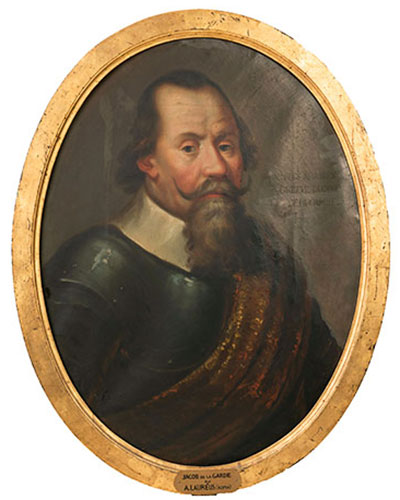 The history of Ulriksdal Palace begins with Marshal of the Realm Jakob De la Gardie. In 1638, he received land on which to build a palace. The first palace to stand here was therefore called Jacobsdal. Photo: Royalpalaces.se 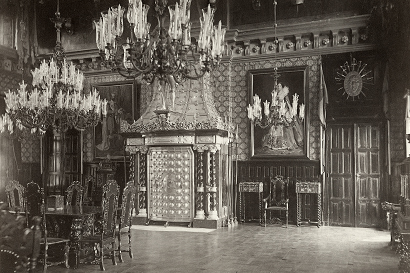 The Hall of the Knights in the time of King Karl XV. The room was reconfigured when Crown Prince Gustaf (VI) Adolf moved in. Today, it is known as the Grand Living Room. Photo from the Bernadotte Library's archive. 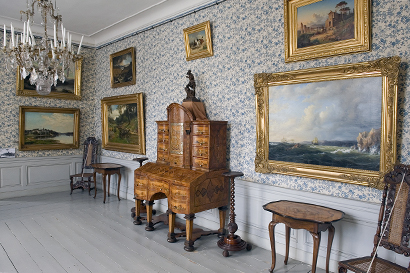 Paintings from King Karl XV's collection of 19th century Nordic art. Karl XV was a major patron of Swedish and Norwegian artists. The king was a keen painter himself, and artists were often invited to Ulriksdal to paint. Photo: Håkan Lind/Royalpalaces.se 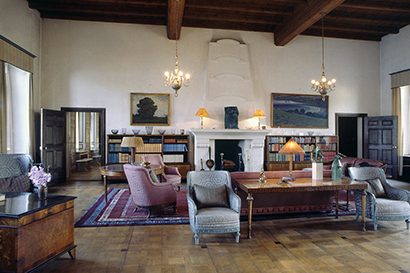 A guided tour takes approximately 45 minutes. The guided tour is included in the entrance fee.

Advance bookings are recommended for larger groups. Ulriksdal Palace or the Orangery Museum can be booked June–August.

A tour of Ulriksdal Palace gives the visitor an exciting view of interior design spanning from the 1600s to the 1900s. On view are rooms ...

Centrally located in the Ulriksdal Palace grounds beside the palace itself lies the greenhouse built in 1600s. Nowadays the Orangery hous...

From the time that Jakob dela Gardie built a palace by Edsviken strand, some form of garden and park has also existed at Ulriksdal.

Sweden's oldest Rococo theatre, which dates back to 1753, offers both performances and guided tours. In 1976, Princess Christina showed t...

Ulriksdal Palace has had a chapel since 1662. At that time a chapel was built in the palace's northern wing by architect Jean de la Vallé...

The Orangery in Ulriksdal Palace Park is housing sale from the Royal Gift Shop. You will also find visit information about the attraction...

The Royal Walks app offers walks in beautiful settings through several of our royal parks. It now includes walks in the area surrounding ...

A Royal family keeping up with the time. '200 years of Swedish History with the Bernadotte Dynasty' is a story told by Dick Harrison, Pro...